This Summer So Far… 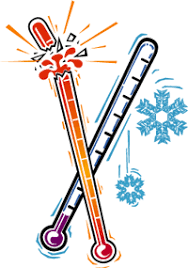 We’ve also been either dry or sopping wet.

On the wet occasions, I swear someone did the extra special bring-on-the-rain-and-add-some-spectacular-lightning-storm-elements-if you’d-please-dancing.  Therefore, Quizz has started to develop an anxiety to thunderstorms. sigh.  This wouldn’t be so bad, except he won’t go out prior to the storm because he doesn’t like the pre-storm build-up.  THEN, he won’t go out during, unless I’m with him to protect him (of course we all know that his mama can deflect lightning with a mere glare).  BTW, lightning killed the garage door, the FIOS/telephone and other sundries early this summer thanks to a strike to a tree next to the house.  I think that’s what send Quizz over the edge.

Work is nuts, we are in the midst of the conclusion of the off-shoring initiative started a year ago.  Morale is in the pits, people are cranky, the economy is rough, so jobs are scarce.  People I’ve had the privileged of working with are going through a rough time.  It really sucks.

A bright spot in all this is that I finished my novel.  I got a publisher, with a real contract.  I have my trusted editors editing (who BTW I intend to return the privileged to them on their projects someday!).  The path for the next two books has been illuminated in my very tired and squirelly brain.

I have made it thus far this summer only by the power of Diet Dr. Pepper, Almond M&M’s, Quizz kisses, and the support of my fabulous friends who have fielded the moments of panic followed by prognostications of doom.  They have slapped me silly out of the grips of my inner critic and sent me soaring again.

So, with barely a month to go who knows what more can happen.  Yes, that’s right.  I dare the PTB’s!  HAH!

I hail from the East and view the world as my playground. I'm opinionated. My dog is my co-pilot, but my cat navigates better. I'm only limited by my imagination. While there are terrible things that happen in the world I am responsible for making good things happen where I live, and that affects the world at large making it a better place.
View all posts by Leila →
This entry was posted in Creativity, Dogs, Personal, Self-Awareness, Silly, Stress, Weather. Bookmark the permalink.

5 Responses to This Summer So Far…